Here’s a list of the best 12 apps I have installed in my iPhone and probably the ones I use most in my device. They range from categories such as News, Productivity, Tools, Communication, Fitness, Reference, Music, Internet and Games.

These iPhone apps are must-haves

The most important apps in my iPhone.

By far the most used app in my iPhone. Reeder is an RSS feed reader that gathers all your feeds from your favourite websites (blogs, newspapers, comics, etc.) and displays them all in a nice ordered list ready for you to read one after another. But that’s not all, its offline caching ability allows you to download up to 5000 new articles/posts in just 10 seconds and then read them anywhere (tube, airplane, pub or even bathroom) without needing an Internet connection or 3G. Since I’ve got this app I no longer get the free newspaper every morning as I can read tons of online newspapers in my iPhone and I get to read news that happened a few minutes ago. I prefer how MobileRSS Pro works but it is incredibly buggy and Reeder synchronises incredibly well with Google Reader. 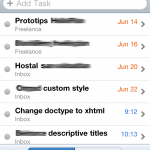 The best Get Things Done app ever. RememberTheMilk is my favourite To-Do list. Since I started using this app I have improved my personal and professional organisation a lot. The simplicity of the app is something I still find surprising. You open the app, tap, enter a task and a time such as “meeting w john 8:55” and RTM will remind you on the task at 8:55 (if today is later than 8:55 then it adds it for tomorrow). There are many date shortcuts such as “next tue” or “august” and also features such as priority, repetition, lists, tags, location or sharing. Another nice touch and well done feature is the reminder notification, you can fully customise it to your liking with the perfect sound and timing. The web interface is also great and full of features in a beautiful and simple interface which allows you to either use it for a couple features or utilize its maximum power. Wunderlist is very nice but not as featured as RTM.

You should get an iPhone just for this

Anyone without a smartphone should get one immediately just because of these ones. 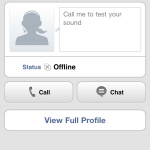 Free national and international calls to smartphones and computers at anytime. That is something really amazing. Just for that, people should invest in a smartphone and recycle their old mobile phone. For the chat I stay with Imo app as I find the Skype chat pretty slow and bloated. 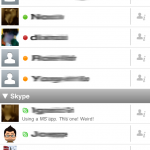 Imo is a free online chat with support for Facebook, Skype, Gmail and many more. I discovered this app a few weeks ago and now I can be online on more than 7 different chat services and always available to speak to anyone. This is a feature I was missing in my phone but didn’t care too much until I actually had it in my hands and saw the main advantages of the “new mobile texting”. Some people love WhatsApp (Blackberry users mainly) but I find it annoying and heavy to use. Plus you need all your friends to have a Blackberry or a smartphone to contact them while with Imo you can speak to anyone online in their computer or smartphone. The notification system at Imo is pretty sweet and unobtrusive too.

Non-essential apps that you could live without although having them available makes a difference in your life. 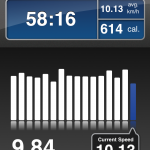 Tracks your speed and location by GPS and provides you with statistics and maps. As RememberTheMilk made me a more organised person, RunKeeper makes me healthier. Since I go running with it every week I know how much I run, my average speed, time and route and I can compare it with previous runs to monitor my physical improvements in stamina and speed. You can also use it while driving and it is quite interesting to see the fastest routes around the city and how well/safe you drive. 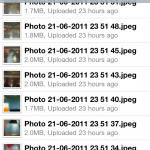 Synchronises a super folder between computers and smartphones so you can access your files anytime/anywhere without the need of USB sticks or emails. I found it to be the best way to move photos from my iPhone to the computer in big bunches as iPhoto from Apple is slow and tedious (I still haven’t figured out how). And Dropbox is completely free (use this link to get an extra free 250MB). 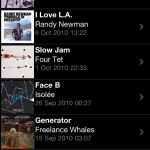 Tells you which song is playing from any place. You put the phone close to the speaker and hold it there for 10 seconds, wait 5 seconds more and the app tells you the name of the song, the artist, etc. Shazam is not one of the most used apps in my phone but the one I sometimes appreciate most when there is a good track playing and I don’t know the name of it. 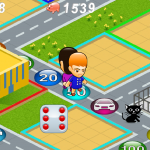 Better game than Monopoly. I payed for Monopoly and I haven’t really played it yet since I’ve spent decent hours with this addicting game, much similar to Monopoly but with more features and a richer gameplay and smarter computer AI that allows for a more complex strategy and challenging game. 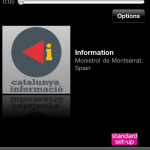 Radio is something I started neglecting five years ago until last week I discovered TuneIn. Every morning I use to listen to music while having a shower and getting dressed to go to work but listening to someone telling the news is something much better.

These are apps I rarely use but occasionally I need them. 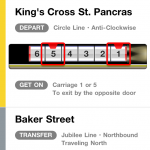 While travelling by underground it tells you which carriage to board to arrive right by your platform exit allowing you to save crowds of people and time. London’s Tube gets specially crowded at peak times and this app makes my travels much better and less annoying. Easy to use and with a great interface. 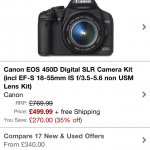 Online price comparison. Anytime I go shopping for anything except groceries I check the prices online from the best and biggest online market. Yesterday I purchased directly from it for the first time and it was very simple and easy. Full-featured digital camera. I had always been using the default’s iPhone camera and edited the photos with Photoshop/Fireworks later until I finally decided to purchase Camera+ as I saw a lot of people had it and after using it for a while I must say that it has been a great decision. The app is very powerful and can 80% of the times do what I would do in a computer in terms of edition and photoshopping and it actually saves me a lot of time.

There are 30 apps mentioned and they are basically the ones I use. I have more than 130 apps installed right now in the iPhone from which I may use about 60.

What are your favourite apps you can’t live without?

My step-by-step guide setting up Linux in 2022