Submitted the bug collection to Adobe.

I’ve been contacted by Adobe Dreamweaver QE to get more information on the “Cannot save documents while scanning for related files”. I am gathering every bit of useful information I can and send them back. Hopefully it will get fixed some day, it is one of the best new features in CS5 although I understand it can be hard for it to work in any situation.

Contacted by R.E. from Adobe regarding code highlighting issues.

The bugs haven’t been fixed yet although some of them are pretty obvious and others are quick to fix. Added some more

Dreamweaver CS3 had some minor bugs which were not that bad, with CS4 some more errors but CS5 version is just unbearable. These are the bugs I’ve spotted so far (all of them are regarding the code view or the FTP, I rarely use the Design view, CSS GUI editor, Live view and other features so expect some more bugs):

This feature doesn’t work well at all but what most bugs me is that it even blocks saving documents!

So you need to wait some minutes for the program to stop searching for related files (which 80% of the time can’t actually find none). Once it’s done, you will be able to save the file (after loosing hair and patience).

To disable Dreamweaver Related files feature go to Preferences > General and deselect Enable related files. You will need to restart the computer after applying the changes.

Sometimes the Check in/out and Put/Get buttons get disabled although Dreamweaver is not working with any server:

The solution is to try disconnecting of the server and connecting again… or simply quit DW and open it again.

A new addition to CS5 that helps spot some syntax errors like missing parenthesis and so on. The problem is that the message (the yellow bar) pops in suddenly and moves all the code one line down so if you are just about to click somewhere else everything will be moved down and you will click the incorrect line.

Also, when correcting the error the message disappears hence moving everything up one line again…

Interacting with a server bug (CS4 and CS5)

The thing that bugs me most is when trying to Put or Get files to the server. Sometimes it looks like Dreamweaver stays connected to a server and it doesn’t allow you to interact with the server at all until you click several buttons and files, wait one hour or restart the software. 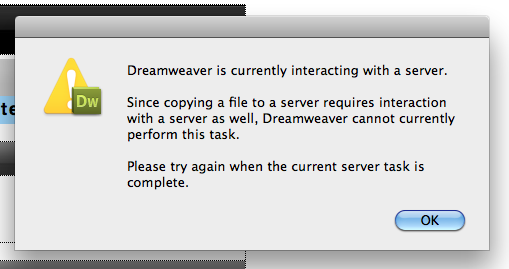 Temporary workaround: Go to Preferences > Site and reduce the FTP time out from 30 seconds to 10.

Solution is to edit a bit of the code in the same line and hope it re-colors again.

This is a specific issue with some PHP syntax specially when using regex strings which I can understand due to the amount of symbols in it, the code works when processed by Apache but it looks odd:

Isn’t .htaccess such an important file (as well as other Apache files)?
Dreamweaver still doesn’t detect its syntax: 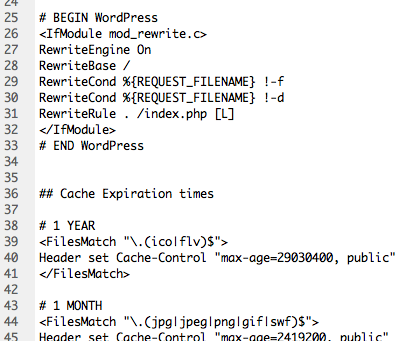 Code font size changes when you least expect it

I don’t know why but although I’ve specified a fixed font size to view my code, some files keep opening in a damn small font. I use to code from an iMac which has very small pixels but anyway it is quite unreadable. Compare the following image: 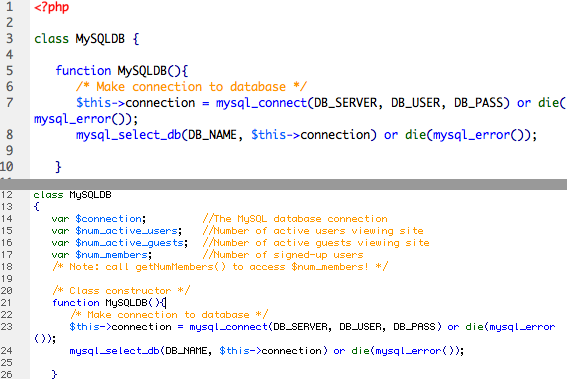 Both files where opened at the same time. Can you read the last one easily?… And spend 8 hours a day reading that???

Dreamweaver freezes when synchronizing a lot of files

You get to do a full synchronize between your computer and the server from the root folder. It takes 7 hours to get the full list of files that have changed but finally pops up. You get to Put, Get or Ignore each file carefully which takes you 1 hour more. Once you are done you click on OK and… Dreamweaver freezes… Congratulations! You just lost a day of work! Now go home and tell your wife about the exciting day you had today and maybe try again tomorrow.

Solution: For those believers, there are rumours that if you leave Dreamweaver for a while, it will eventually come back to life (for the image in the screenshot above with over 24k it took about 1 hour in a 8GB RAM desktop to start processing the files… by the way, it crashed 15 minutes later).

Not able to close Dreamweaver

After these many bugs there’s one that amuses me most. I try to restart Dreamweaver so everything starts fresh but… it won’t allow me to close it! 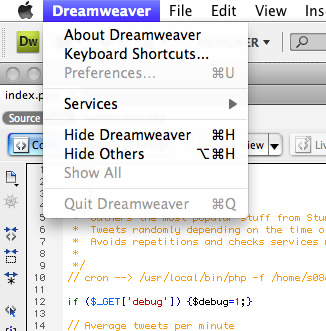 Can’t find a valid editor for this file extension

With the new upcoming HTML5 features, there are now many different files such as the .manifest (which allows you to make an offline webapp). Dreamweaver still doesn’t allow you to open it

The solution is to go to Preferences > File Types / Editors and add your extensions in Open in code view:

This error happens when opening a file in use, specially while synchronizing.

Solution: If you have Dropbox enabled, pause it while DW synchronizes. If it’s not because of Dropbox then check if there is any application that is locking files.

Changing case in code variables on Save

As reported by Steve and Kurt in the comments, there is a strange bug that changes the case of variables when saving the file and reopening it. It also happens on Javascript “onclick” and “onkeyup” events sometimes.

Solution: Kurt suggests a workaround that may help to fix this bug:

It’s tedious because you have to change all of them one at a time. Kurt recommends setting them all to “Default”. Then changing the default value to whatever you want all of them to be so it’s easier to change in the future. There should be some way to just disable this feature entirely, but he hasn’t found it.

And more, sadly much much more…

I’ve written this post from scratch in a couple hours and have been experiencing all these bugs, there are many more like this I can’t remember right now but keep encountering them when using Dreamweaver, specifically CS5, CS4 has got some bugs but not as many, same with CS3. It looks like Adobe has been implementing nice new features but with the new features new bugs came along. Every new version gets more buggier…

What surprises me is that these errors may be simple to fix but no update has arrived yet and regarding the price of the software (£378, 450€ or $570) they should do something fast…

In my case, I love Dreamweaver’s syntax colouring since I have been using it for several years and I’m used to it, but when the program starts acting crazy I just switch to my favourite alternatives:

Have you experienced more bugs with the new CS5 version? Know any solutions to these ones? Send them through and I’ll update the post with them.

Detect and Block Adblock in one simple line of code

Google Analytics – Make full screen (for monitoring screens and such)